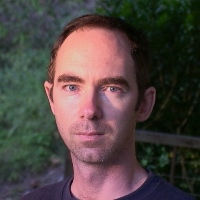 This is the official website for the work of the author Belsebuub, who withdrew from public life in 2010. It remains as a record of his work, and contains his books, articles, talks, videos, audio, blogs, and media appearances.

This website, and all of Belsebuub’s work, including his books, are published by the independent, non-profit publisher Mystical Life Publications.

Belsebuub has been dedicated to spiritual practice since 1990, but has explored spiritual knowledge and practice since his childhood. He began teaching in person in 1990, and began writing in 2000. He taught and gave public talks for 20 years. In 2010 he stopped giving talks and teaching. Since then, he has withdrawn from all forms of public life, choosing instead to live in hermitic religious seclusion in order to continue his own inner spiritual journey, as many religious practitioners have done throughout history, spending time in solitude in nature.

He has always taught for free and without profit, and continues to do so, working in the time-honored way of accepting voluntary donations only. Belsebuub doesn’t receive any money whatsoever from the sale of his books, the prices of which are set only to cover the cost of their production.

His writing has covered many different topics, all of which he has written about from his own experience. These topics include self-discovery, dreams, out-of-body experiences, ancient texts and sites, spiritual alchemy, consciousness, parallel dimensions, near-death experiences, beings of light and darkness, world issues, and much more.