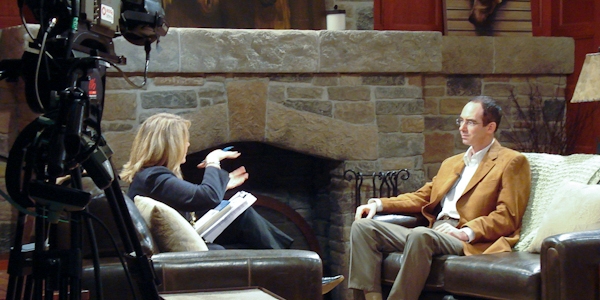 Belsebuub being interviewed on Rogers TV in Canada

Following are a list of Belsebuub’s media appearances. Recordings of many of the interviews are on Belsebuub’s YouTube media channel and in the links below.

Belsebuub has appeared on over 70 TV and radio shows, including 19 at the BBC, on Triple J radio in Australia, Rogers TV in Canada, and on Greek national television discussing the Gospel of Judas with leading academics.

July 1 – Alter TV ‘Gates of the Unexpected’ – The Holy Blood

May 12 – ‘I Dare’ Sigma TV Channel, National TV – The Antichrist

A curated selection of these media interviews is also available as a podcast on iTunes, Player.fm, and Stitcher, and as streaming media on Soundcloud and on Vimeo.