Being Aware in the Present Moment and Seeing Within 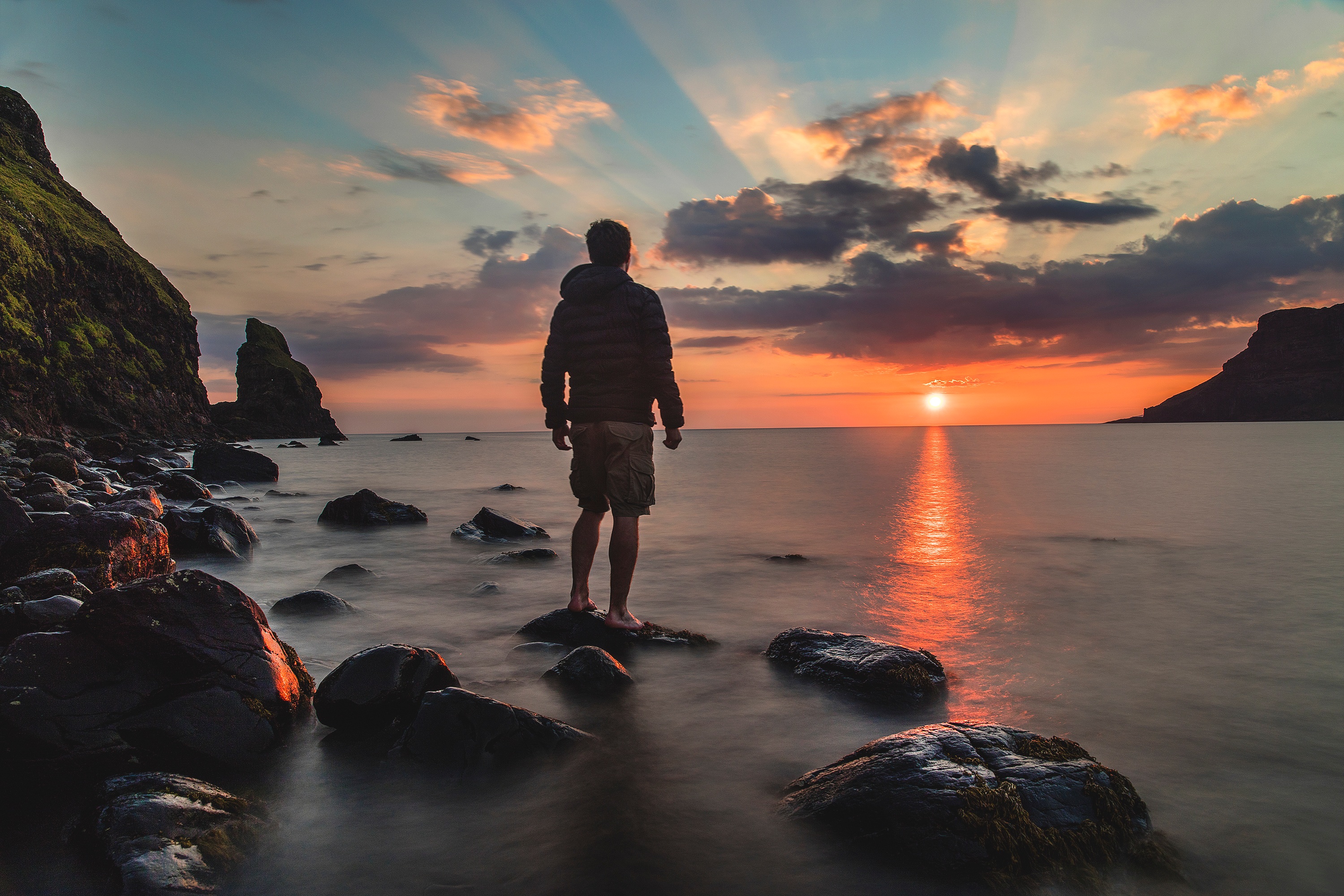 It can be simple to be aware in the present moment. But who or what is it that is aware? Isn’t it you? Isn’t it the same you that was a three-year-old child? This is the constant you, the constant I, the constant consciousness.

If you try to be aware, you will notice that the state of awareness doesn’t last. Consciousness in its nature is passive, and so thoughts, emotions, and the endless daydream of the mind, keeps returning.

Life is lived through these emotions, thoughts, and feelings, in response to the different events that take place. They arise spontaneously—you don’t have to do anything. If someone is angry toward you, there is a mechanical response back with anger; if someone insults you, the emotion arises to insult them back.

And this is how it goes throughout one’s whole life. Everyone is on an emotional roller coaster, living a half-life through a semi-daydream in which animal drives from the subconscious exert their unseen control, and the spark of consciousness, which you may have felt just then when you did the exercise of awareness, rarely has a chance to manifest or develop. And that’s a pity, because the spiritual part, the consciousness, is the part which is actually spiritual and which forms the basis for spiritual development. Unfortunately, the different animalistic inner states (egos) are so powerful that they dominate one’s inner life and peace remains fleeting or unknown.

But there’s a purpose to these ego states that is to gain self-knowledge. They can be changed and gotten rid of. No one was born simply to reproduce the species—there is a higher purpose to being here. There is an opportunity to consciously learn, to free oneself from the animal that is within, and to elevate oneself to the spiritual.

Conscious awareness of oneself is the starting point of a great journey of spiritual discovery, if it were only given a chance and an opportunity. The problem is that the subconscious egoistic states are not easily removed. These terrible animalistic states are the cause of much of the misery that humanity is going through. But there is a potential to change. Within the study of esoteric knowledge is a whole series of explanations as to how to change and what to do.

If we don’t understand what’s going on inside ourselves we are a victim of it.

No one can understand what’s going on within themselves if they are unable to see it.

Whoever wants to understand themselves must learn to look within and see exactly what’s happening.

An Exercise to Look Within Yourself

There are various techniques to be able to know what is within the psyche, but basically, it’s as simple as looking—it’s called self-observation and it’s the act of seeing what’s inside.

You know that you have emotions for example. If you observe, you can see them taking place inside you. They come and go; they’re not there all the time. Different ones appear one after the other. These emotions are essentially what animals have and you can see them by observing inwardly.

To learn how to observe in this way, you could start with a small exercise to try to become aware of these different states, which you can apply throughout the day.

There are five psychic centers: thought, emotion, instinct, movement, and sex, in which we can see the action of the psyche. Observe them by looking at thoughts, emotions, instincts, and movements in the body, and sexual feelings.

Taking an example of anger: when you next feel angry look inside see if you can recognise it. What does it feel like?

Where does it appear? Take a look around the area of the solar plexus (around the navel); you can find something there.

Observe all of this aware in the present moment. The part which is observing is consciousness; it’s the same as being aware in the present moment, but you are seeing inside as well as seeing outside. That which recognises and interprets what is seen is the mind, which you can’t really observe, as it’s the workings of the structure of the psyche and the brain itself; it’s a vehicle for consciousness to function in life.

With self-observation you can get a great understanding about yourself. If you can do it, you won’t need a scientist or a psychologist to tell you how you get angry, because you’ll learn to see it for yourself, and then in the same way you’ll begin to understand each inner state; you’ll see their different workings and in this way you’ll acquire inner knowledge.

Gradually, you can reduce the different animalistic ego states and eventually get rid of them; they are not as permanent as you may have thought they were.

This can be applied to any of the ego states. Take laziness for example, it is not a virtue. Study the feeling of the resistance that arises when you can’t be bothered to do something and you’ll learn about laziness.

As these negative states go down, they are replaced with qualities, so instead of being lazy for example, you’ll become more active and do more useful things. This brings about changes in your life and new opportunities. A person who is lazy will have a different kind of a life than someone who is not.

In the same way by becoming less angry, more care for others arises, and within this there is the quality of love—not as an idea, but as a natural, spontaneous quality of consciousness, of the real you, which is often masked within the various inner states, the animal egos.

I’ve given two examples—laziness and anger—but there are many more of these states which entrap the psyche. And the more that you’re able to observe and see what’s happening inside, the more you’ll be able to change them. If you don’t see them, you won’t have knowledge about them and you will not be able to change them, no matter what theories you may have.

This is an inner study, and by doing it, you change your life. Things which would have happened to you because of emotions such as anger for example, are removed from your life. So then an argument which you would have had, which could have had bad consequences for you, doesn’t happen. Instead, you live in a more spiritual way, gradually and naturally, and yet not in an artificial way. You begin to get free of the ego states as the result of your own inner study and work. 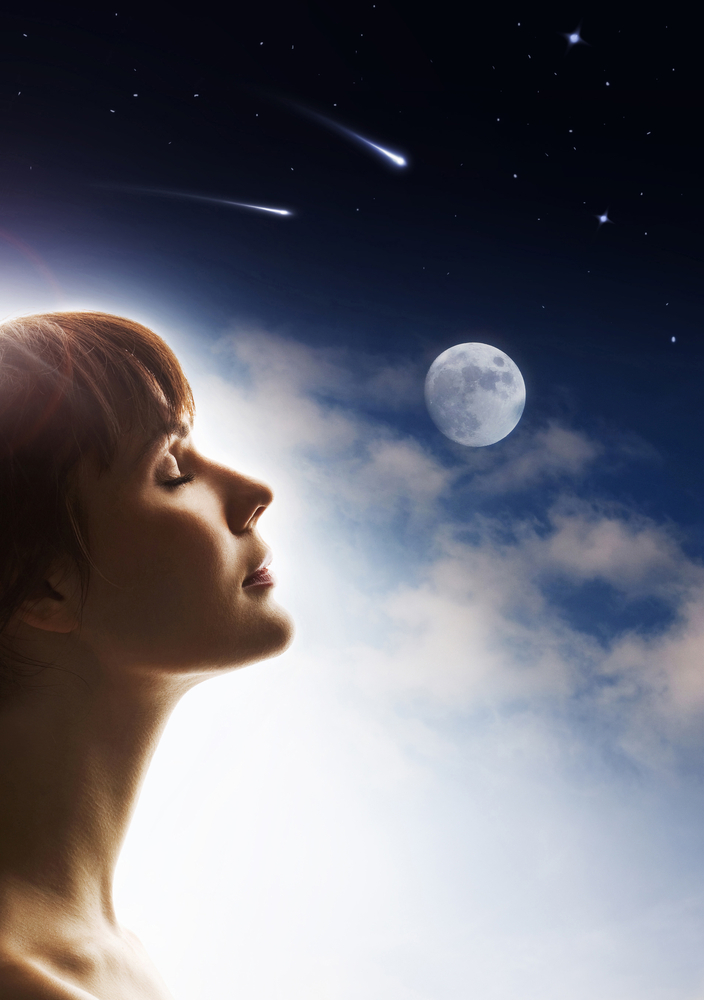 This inner study has repercussions within the whole of the psyche, and this includes dreams. Dreams give a great insight as to what’s really going on inside, where all that’s in the psyche is free to roam. We’re not constrained by what people might think in dreams; instead, all of the different desires, impulses, and reactions, have free reign to do whatever they want. So if you want to understand yourself, you also need to look at your dreams.

Every morning as you wake up, it’s a good idea to lie still and remember your dreams to see what’s happened, because you could be getting teachings and information that you would otherwise miss.

Dreams take place not simply in the mind, but in another dimension of existence, one which can open up enormous possibilities. Instead of going there and living in the projections of the subconscious, you could be learning and getting spiritual teachings.

Dreams show what you’ll be taking to eternity—many times not a heaven, but chaos. Yet chaos is the foundation of order and form. It has its purpose and from it you can learn and change.

In this world it’s easy to be in self-deceit as to what’s going on within. You could say, “I’m not really an angry person,” but if you look into your dreams you could find yourself shouting and arguing. Over there no one can hide, and so dreams become a very valuable source of information.

Very occasionally, there may be a break in the subjective projections of the subconscious as something more mystical happens, perhaps dreams that show the future appear. This can come as a help from higher Beings.

In the long term it’s better to be clear in dreams. Negativity and subjectivity should be cleared up leading to clarity in dreams, just as clarity is present here when the egos are absent.

When you changes here you also change in your dreams, because a dream is a reflection of what goes on here. The psyche is exactly the same whether we are dreaming or we are here awake in the three-dimensional world. The main difference is that here there is a physical body that brings each one back to reality, whereas over there if a daydream occurs, it becomes an artificial reality and the mind becomes submerged in it. So the more change happens here, the more change happens over there, and overall, one’s spiritual and psychic capacity increases.

There are many spiritual parts; consciousness or the essence is just a small part of the spiritual which could be within.
If you progress on this process of change enough, you can then gain access to very profound teachings, knowledge, initiations, and wisdom. Then if you read ancient sacred texts, you’ll realize that in many cases they’re referring to the same things that you’re experiencing and going through. You’ll see that they’re using a language for people who are doing this work of change and that this work has gone on throughout the history of humanity.

But if you don’t understand the way that these things work, you will look at an old sacred text, be able to understand certain things very basically, but as to the real deep meaning, you’ll never capture it, it will always be elusive.

It is such a tragedy to go through this life and not really understand what it’s about. It’s a waste of a life when there’s so much to discover, so much to see, and there is a deeper purpose to living.

There could be an incredible future waiting, but most never take the steps to get to it. Is it better to live just an ordinary life, to believe what’s going to happen, to be content with what people have said or have written, and then to face death? No. It’s better to walk along the path of awakening and open up amazing opportunities.

Awareness and Self-Observation Working Together

When you are aware, for example if you’re walking somewhere, just walk and be here in the present moment. At the same time also look at your inner states. Be aware if you have an ego state, whether you feel fearful, negative, angry, or lazy, etc. And see how these states and any others that arise actually feel; a great understanding is to be found in seeing them.

Learn to combine awareness and self-observation as one, and you will open new opportunities of spiritual and life change.

~ Belsebuub from a talk given at the University of Nicosia in Cyprus, 2006