Commercialized Spirituality – It’s a Business, Not the Real Thing 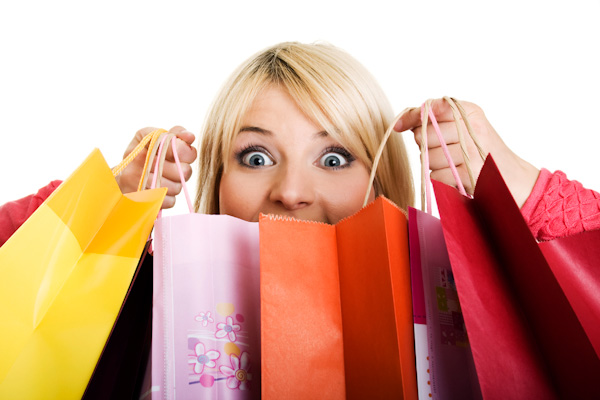 Spirituality is big business; it’s a multi-million dollar industry. A lot of what passes for spirituality today is actually a commercial venture of one kind or another. It should be seen for what it is – business, and not serious, genuine spiritual knowledge.

Commerce and spirituality have different values. If spiritual teachings are received freely or at cost they are open to anyone. If higher spiritual forces and beings required money a large proportion of humanity would be disenfranchised from spiritual knowledge and processes. Can you imagine a Jesus or a Buddha who only opened their mouth to talk for a fee?

Spiritual knowledge has its price however, and one of its entry fees is in the personal sacrifice often required to reach it. That’s why it’s esoteric or hidden in its nature, and so few reach it because few are prepared to pay the personal price for entry by changing how they are and how they live. It’s much easier to pay money to be told what you want to hear.

The most popular mainstream religions have been founded some time ago and are removed in time from their founders. Commercial spirituality seems to offer a viable alternative to mainstream religion for many, but in my view its flaws are too crippling, and sometimes you’ll just end up with a set of religious beliefs you have to pay for.

There’s a huge variety of commercial choices on offer, but the most successful ones usually follow commercial principles. One of these is making it popular, which opens the door to the temptation of telling people what they want to hear. This can be hard to resist, making it difficult to stray from populist ideas. The result is often a watered down antiseptic spirituality for the masses, who themselves generally lack the information they need to be able to receive teachings from spiritual beings personally in higher planes of existence and thus to understand cosmic principles better. Because of this, a great number of people can be exploited by clever money making charlatans.

In my view, the best way to function in a material world is to provide spiritual information free or at cost, and to give and receive in the time honored way of donations, which are made without any sense of obligation or compulsion.

These are people who make spirituality a business and for whom the benefits of commercialization supersede spiritual values, some becoming celebrities making lots of money. They are basically actors and actresses and if successful, these people can get fame, power and wealth. They tend to be talented in certain areas and use their talent in the spirituality market to succeed. They also tend to be excellent writers, speakers and motivators.

They can spend a lot of effort carefully crafting their image, tailoring it to their particular market to offer what the public wants and expects to see, which is usually what they and their audience thinks a spiritual figure, or a modern, successful motivator, should look like. They then have to maintain that image. Some even have ghost writers to write on their behalf. There is usually little or no real depth to their work, and much of it can be misleading and even contrary to esoteric reality. But their audience seldom seems to notice or care, instead seemingly preferring spiritual entertainment to esoteric substance, and tending not to like anything that requires too much work, or which upsets their lifestyle.

Commercial gurus often create a positive sounding spirituality that integrates into and enhances the lifestyle of their audience, usually fitting into established successful markets. Some are popular in the mainstream media which requires conformity to its moral and social codes.

I’m sure lots of them fish around for other people’s work and ideas and re-cycle them amongst themselves, especially the ideas that are popular and marketable.

Because so many people are interested in spirituality, businesses are ready to cash in on it. They have money and influence behind them which makes it very difficult for simpler folk to compete with. It’s difficult to reach people when they constantly encounter sophisticated marketing machines designed to catch their attention and seduce them with striking imagery, professional movies, and celebrities, backed by teams of designers and marketers with huge budgets.

They have the ability to flood the spiritual arena with superficial and misleading information that successfully diverts people’s attention from deeper knowledge, and gives an illusory view of spirituality that contributes to an unknowing deception flooding over truth.

Businesses have the commercial markets sewn up; fortunately there are alternative ways to get the information across, which to some extent can sidestep their corporate influence.

Mainstream publishers are not the judges of spiritual worth; they are the judges of commercial worth. They look at a book and an author in terms of a business proposition.

When a person is famous and gives poor spiritual information for money, they take the place of those who could be teaching real spiritual knowledge.

A lot of people just settle upon whatever the mainstream gives them and slip into a mundane life, or can never get out of one. Some just incorporate commercialized ideals into their life and it carries on as normal, while others settle upon something established, possibly religious, and feel comforted by it.

Moreover, most of the ideas that tend to become widespread are those which are acceptable to a wider society and fit that society’s agenda. They have huge mechanisms of promotion to spread those ideas, while those with power pull upon the strings of society.

What the majority of people believe in and hold as true is controlled in more ways than most people realize, and there are a set of unspoken rules and assumptions in society that include or exclude ideas according to their level of acceptance by that society.

Influences Upon Spirituality From Behind the Scenes

There can be more than just commercial interests affecting spiritual teachings; companies may be one part of a religious, political or ideological agenda that deprives the majority of people of their access to genuine esoteric knowledge.

There may also be interests working behind the scenes with secret esoteric or religious societies, often working in networks that use their knowledge for power and other aims, while keeping it away from the majority. Unfortunately the knowledge kept by these people is often on the dark side, or becomes used for sinister purposes, for example in the way esoteric symbols proliferate in the music industry.

There are some who want to marginalize serious spiritual practitioners, ridiculing, or demonizing them and watering down esoteric knowledge so far that it becomes almost useless to the majority of people. The powerful then become the keepers of knowledge; separated, elevated and empowered.

There are many don’t want spiritual groups to exist at all, as these are beyond their sphere of control.

It’s easy to dismiss esoteric knowledge today but it influences people’s lives much more than most would think.

Putting a Value on Spiritual Teachings

Some ‘spiritual teachers’ charge a lot because they say that when you pay a lot of money, you value the teaching more—but that can be used to justify exploitation. There should be mutual giving and receiving, but putting finance as a requirement, or making profit the aim, breaks the flow.

In the world, value is given to material things, and it seems logical to some that spirituality is one more commodity with a price. But although there are practical costs in teaching, spirituality in itself is not a material commodity. To put it as a commercial product is to make entry into it dependent upon market value, which is a violation of the free flow of spiritual forces and values that exist in the cosmos.

Higher knowledge has a price, but it’s paid in its own kind, which is in personal experience and in meeting the spiritual requirements for it, which is where the real spiritual teachings come in. The requirements serve as filters of people in the higher dimensions, separating those who have the required standards in their inner level from those who don’t. Whoever makes profit their aim misses out on higher spiritual learning, and the knowledge and wisdom that it brings.

It’s unfortunate that so many people take the words of commercial teachers as true knowledge and are unable to correlate it to real spiritual experience; this is usually because they are unaware of what it is themselves. Those whose true values are money, fame or power tend not to be governed by the truth, so they can basically do whatever they want to please the public and achieve their aim. When a person writes from their own spiritual knowledge which they have acquired in living, it may not have a commercial value, but it tends to have lasting value to others.

Commercial profiteering from the publics interest in spiritual subjects goes against spiritual principles themselves; it’s better to seek truth and express it simply, than it is to make the aim of spirituality a business or a vehicle for fame and power.

Dr G. Wood. Privatizing Enlightenment in the Re-Emergence of Religion
Journal of Dharma  – Dharmaram Journal of Religions and Philosophies
Published by Dharma Research Association Centre for the Study of World Religions at Dharmaram Vidya Kshetram
http://papers.ssrn.com/sol3/papers.cfm?abstract_id=1827185