Growing in Love and Consciousness

Negative thoughts and emotions in particular destroy feelings of love, engulfing and consuming the mind. It also ruins the ability to be aware in the present moment, as awareness is the manifestation of consciousness. 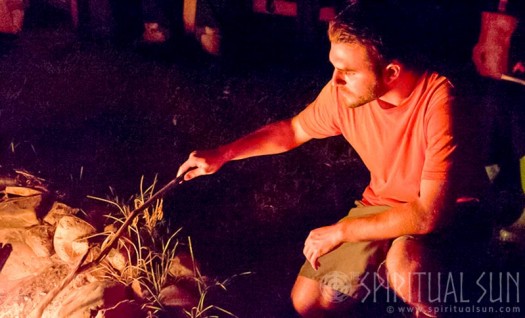 It’s easy to fall into negativity, and to feel compelled to be negative in response to negative people and what they do. But love cares and understands others. It allows us to put ourselves in other people’s shoes and to understand why they feel negative, whether it is something we’ve done, or expressed towards them, or something that was said.

Negativity forms patterns, and so low emotions and ego states repeat, thus reinforcing and strengthening those patterns and states. When they become stronger it’s not easy to get out of them, unless the patterns can be recognized and you are able to step outside the ego states, by observing them and thus getting knowledge of them.

It doesn’t take too much to see that there’s too little expression of love in the world, just as there’s insufficient expression of other qualities of consciousness. Family, relationships, and close friends can be a venue to reach out to others, to feel love, express it and receive it back. But due to the state of the human psyche, it’s very difficult for most to feel love outside close family and friends.

Much of the terrible suffering in the world is caused by a lack of love, but few can be moved to do anything about contributing to good and to positive change.

Although some benevolent causes can get helpful responses, overall, each individual lives in their own little world, locked within the narrow framework of a small self-obsessed way of living. And being bound by animal desires, the individual is entrapped within nature’s small framework, and lives within its limitations.

The Spiritual Nature of Consciousness

Love is not simply about thinking positively, or thinking loving thoughts, or even doing kind deeds, although these may be expressions of it. It’s there in seeing and feeling and being part of reality, because in reality we’re all part of one – not only one humanity, but one substance, which is the cosmic consciousness of the universe.

Human consciousness itself is the substance of the universe and it is you and is everything else, but it is smothered in its perception from reality by ego states.

In reality each person is a self-aware part of the great cosmic consciousness. So love is in seeing reality, and when it’s there you feel it, you don’t even have to think about it.

Love is Not Thought

How different the world would be if humanity could increase its capacity for love. Yet it cannot be increased by thought, because thought in itself is not love; it’s increased by awakening the spiritual within, which is love’s true source.

It’s better to express love by helping others, than it is to think loving thoughts and do nothing. Once you get into ideas about love it’s easy to become a sickly individual pursuing an idea of love, without really having it.

Mingled up with love are attachments, and those are not easily separated from love, because what is consciousness and what is the subconscious is not easily identified.

The qualities of consciousness are not easily recognizable, as they are not emotions, nor are they thoughts. And the things that smother love run very deeply; to be aware of them takes a lot of knowledge.

There is a secret path, whereupon those who dedicate themselves to the path to return to source, can become vehicles for something more than themselves – and that which is more is, in its nature, love.