The Unseen Spiritual War Beneath the Veneer of Society

We normally see only a fraction of reality, there are forces of light and darkness existing beyond ordinary view and they affect each of us and society.

Although mostly unseen, darkness extends itself throughout the world like the giant tentacles of a sinister octopus. This influences people in important positions, whether they are aware of it or not. 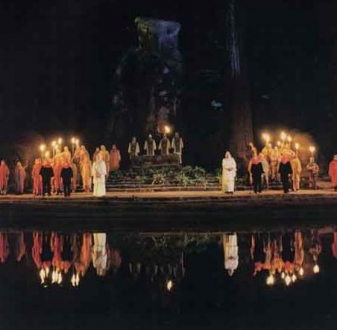 Some of the most respected, powerful, and influential figures in Western society meeting at Bohemian Grove.

Anything that attacks, marginalises or supresses the light of authentic spirituality is liable to be supported by forces of darkness in various ways. Often manipulating people through their emotions (ego states) from beyond the physical world and influencing them usually subconsciously through interference in their dreams.

Some ways the influence of darkness affects society unknowingly

Sometimes when trying to do good a great deal of harm can be caused and so even good intentions get used by forces of darkness. Some people for example, are working to create a world based upon globalist values and yet one of the outcomes of this is the suppression of religion and its replacement with humanist atheism. This was prevalent in communism, whose agenda was globalist and there are similar goals stated in many doctrines, most evidently from the Bavarian Illuminati to Marxism and onwards to the present day variants of globalism. Another similar outcome, which is being openly promoted is the formation of a one world religion. Of course it excludes smaller religions and forms of alternative spirituality.

Instrumental in the creation of a humanist atheistic belief system has been the media, Hollywood, and the education system, and these are open to sinister, covert influences.

Some atheistic values are based on theories of consciousness, but they actually suppress esoteric teaching and the expansion of conscious perception. That is, people are being stopped from getting the information that will help them to perceive reality.

Ironically, many of the strongest supporters of this form of atheism are actually involved in supposedly uncovering truth in society and life. Yet in fanatically opposing spirituality they become unknowing agents of the very  system they are trying to uncover – with many of them being just as fanatical in their witch hunt as the most avid religious believer. A certain kind of watery “spirituality” is allowed in this mindset, one that doesn’t dig too deep and doesn’t shake off the shackles in perception that blind humanity to seeing reality; society doesn’t want us to see, it wants us to conform. 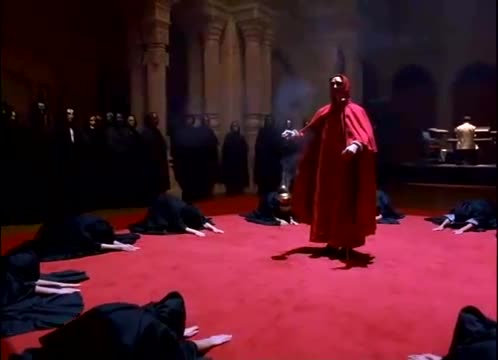 A scene from Stanley Kubrick’s movie Eyes Wide Shut depicting a ceremony of a secret society of the elite. These are replicas of ones that exist in the underworld.

It’s within everyone’s ability to wake up, empower themselves, and take the shackles off. In practicing astral projection, it’s possible when suitably prepared, to go out of your body and there discover entities of darkness working in an organized hierarchy, in a war against us, countered by beings of light; this struggle continues at every moment.

Well hidden are practitioners of dark esoteric knowledge, who are influencing society. They are not just a group of people with a set of beliefs or just rituals, as people tend to believe modern day Satanism operates. These are adepts of dark knowledge who travel out of their bodies to converse with those who have awakened in evil in the underworld, and they influence religion. This is the root of the darkness affecting the world: it’s not simply a matter of following the money, but following the spiritual/religious influence to that underworld.

At most levels of society, and in most power structures, there are religious influences that can be positive or awful. Some societies are based around religions, but there’s a distinction to be made between religious teachings and sinister infiltrators. The most powerful of these have adherents that go out of their bodies to the underworld as disciples of darkness.

It helps to understand esoteric symbolism

Many esoteric symbols in use today have their origins in ancient times, but people are often confused about the meanings of ancient esoteric symbols and teachings as most don’t have the appropriate kind of esoteric experience to actually know what they are symbolic of. This has given rise to a persecution of esoteric knowledge as many believe it to be evil and essentially the same as Satanism, but this is false as there is a difference between white and dark knowledge – they are opposites. 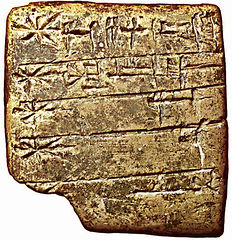 There has also been some misunderstanding about ancient knowledge in which spiritual symbols are attributed to material values, when they actually refer to esoteric ones.

Prevalent ideas of this kind have given rise to the ideas that a hybrid human/extraterrestrial race was created to mine gold and its descendants have been governing society since the times of ancient Sumer. But that’s a likely misinterpretation of what is pretty standard esoteric symbolism. There is an interesting study of Sumerian texts by A.R. George that’s available for free download: The Babylonian Gilgamesh Epic: Introduction, Critical Edition and Cuneiform Texts and they are normal spiritual texts for their day. Another common misinterpretation is that the Archons (a term used in Gnostic texts such as the Nag Hammadi Library) were evil, but Archon means ruler, and in Gnosticism Archons are both good and bad.

It’s easy to draw conclusions about the symbolism of the past, but to understand it’s nature requires going through essentially the same spiritual processes ancient peoples went through, and doing this reveals that the symbolism of the past is as alive today as it was then, since it’s a universal language of higher dimensions. The spiritual teachings of ancient peoples are most often accounts of their spiritual experiences out of the body and their representation of the process of enlightenment.

Because the process of enlightenment is real, cultures from around the world have conveyed it according to their time and circumstances, which is one of the main reasons why the same symbols appear around the world in apparently unrelated cultures. This is not to rule out times of shared worldwide communication or extraterrestrial influence, but it’s important to know the esoteric to be able to separate it’s message from other information of the past. 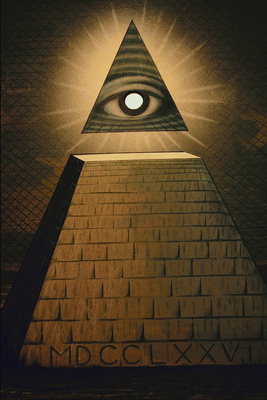 Some ancient symbols have made their way to religions and modern day societies such as the Freemasons. Some societies have lineages that go far back in time, while others are modern re-creations of esoteric orders. They often don’t contain coherent messages in their symbolism or they use them in a very basic way to symbolize what their current secret society stands for.

Some societies carry rituals that have good not bad origins, which contain genuine esoteric ceremonies and knowledge, but many of them have lost track over time as their practitioners lost the practice of white knowledge and became taken over by people with interests in power and money, becoming gentleman’s clubs of connections  for power and influence. And it’s not just secret organizations that link with dark forces, as by its nature the connection with darkness is within every person and in everything that partakes in evil actions.

Getting information about the darkest influences at the head of the octopus is difficult to do, but not impossible. A lot can be discovered by investigative research, but the actual root can be discovered with a different kind of investigation – by exploring out of the body. It’s possible for practitioners of esoteric knowledge to go down the rabbit hole of darkness to the origins of evil and discover how the influences of darkness work upon society. You can then see how sinister forces and their influence filter into the world.

I wouldn’t advise anyone to try this without the proper esoteric preparation though – it would be harmful and even impossible without it. It’s like trying to go to the depths of the ocean without adequate training or a suitable diving suit. The pressures are too intense, making it impossible and dangerous for most people to even attempt or get far with.

A network of good is necessary for countering the network of evil, formed by everyone who works for freedom and truth in a unifying bond of shared principles and an acceptance of the differences of those within it. If some condemn and attack others because their spiritual views don’t coincide, then the instruments of truth will be weaker. Or the strongest in a struggle will win and will likely establish a culture that will probably exclude those who wish to search for truth in spiritual and esoteric ways.

Even today, esoteric symbols and their influence are everywhere and are used extensively by those in positions of power in society. There are many people that brush aside and ridicule esoteric knowledge and this is a mistake, as many of those in power at the higher levels of the hierarchy of power in society use it: they know its value, even if the majority of people don’t.

Instead of being ignored and censored by and for the public in an agenda to stamp out esoteric knowledge in a spiritual war, esoteric knowledge and practice can actually help the world. However, if genuine spiritual principles continue to be sidelined, there will never be an effective counter to darkness, as humanity will continue to fight an unknown enemy and one oppressive regime will eventually be replaced by another, no matter how lofty the founding ideals once were.