Gazing into the Eternal by Belsebuub is now in Paperback

Gazing into the Eternal by Belsebuub has been re-released in paperback! 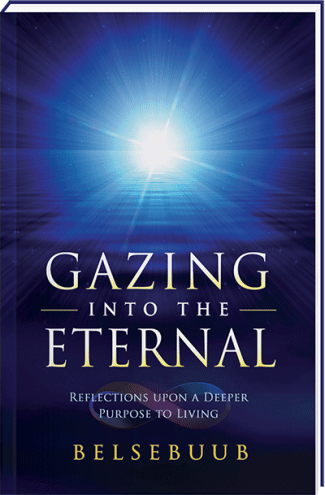 The book was originally released in 2009 and was a finalist in the Best Book Awards 2009 in Spirituality, was featured on the cover of Publishers Weekly, and received a 5 star review in Foreword Magazine.

From the back cover:

“Gazing into the Eternal is a collection of a number of Belsebuub’s key talks that provide an introduction to spiritual knowledge. It takes a clear and easy-to-understand look at some of the most profound questions we face, such as what happens when we die, is it possible to have the divine within, what are the causes of suffering, and how can spiritual realities be personally explored.”

Thanks again to everyone that continues to support Mystical Life Publications. Your support makes all that we do possible.