The ominous influence of the four blood moons

Previous Next
The ominous influence of the four blood moons 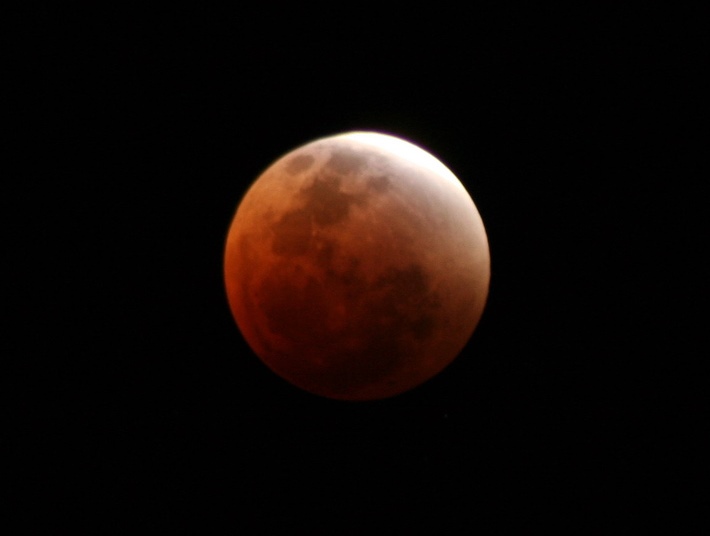 By Peter Gaylard under CC licence

We just watched the eclipse of the red moon, or blood moon as it sometimes called. The emanations of occult darkness and the abyss that came from it beamed to the earth and were very powerful. This lunar eclipse of April 4 is part of the series of cosmic events that enhance the forces of darkness.

It is one of four lunar eclipses in a lunar tetrad, in the middle of which was the solar eclipse of March 20. These eclipses are successive with no partial eclipses in between them and each of them is separated from the other by six full moons.

A lunar eclipse has a red colour, which is caused by the earth blocking the light of the sun from reaching the moon. As it does, a red glow is created around the silhouette of the earth like when the sun sets over the horizon. This red glow is cast upon the moon and its red light is reflected back to earth.

Cosmic events and forces affect the earth and everything that lives on it including us, as the human body is a microcosm of the macrocosm and, at the smallest levels of atoms, electrons etc., it becomes as a replica of the cosmos and is under the influence of it. As the universe is multidimensional, that influence extends to other dimensions too.

It is in those other dimensions where beings of light and darkness exist, generally unseen to the human eye.

Cosmic events are not just physical but they are multidimensional too, and so too are their influences.

Normally there are white and black moons – one is positive and the other is negative in their spiritual and esoteric nature. The moon is the opposing counter to the earth, which is why in its own nature it is negative when in darkness.  The moon is spiritually positive when it reflects the rays of the sun. But without the light of the sun it emanates negative forces, which reach their maximum effect at the black moon (usually called a new moon).

The moon is dark when the sun doesn’t shine on it, but when the sun shines on the moon, the light reflected from it converts the dark moon into a light moon, which is at its strongest in a full moon. Spiritually, this has the effect of converting the sinister emanations of the black moon into the positive emanations of the full moon. The light of the sun in a spiritual sense, is the light of the spiritual son, and when it shines on the moon, it reflects as the properties of illuminated consciousness.

When utilized by the forces of darkness, red becomes a channel of the energies of desire and of the atmosphere of the abyss. Black and red in combination are used by dark beings. The red or blood moon projects the negative emanations of the blackness of the moon and the lunar eclipse, and enhances them through a negatively charged red filter back to the earth.

The lunar eclipse enhances the negative vibrations in the cosmos, upon the earth, and upon the human organism and psyche. The red vibrations invoke sexual desires, passions, the animal ego, and the energy of the abyss. And the chaste light of spiritual illumination becomes the lustful red light of the abyss.

In the underworld, beings of darkness take advantage of cosmic events like this and the energies they create to enhance the effectiveness of their activities – it’s like adding oxygen to a fire or fertilizer to a plant.

In this case the effectiveness of the red moon in this lunar eclipse is enhanced by being part of a tetrad in which the darkness of the solar eclipse on March 20 was encased on two sides by two blood moons giving four blood moons, thereby increasing its power hugely.

It’s awful that a festival of light and the sun has been taken over, turned into something lunar, and removed from humanity. The solstices and the equinoxes are the times of the year to celebrate the light and to use their forces to enhance spiritual growth and generation in counter to the darkness.


Report Plagiarism
Page load link
Belsebuub.com
error:
We use cookies to ensure that we give you the best experience on our website. If you continue to use this site we will assume that you are happy with it.Ok
Go to Top