It’s sad and very unfortunate, but we’ve had to stop the downloads of our free eBooks as they are being plagiarized on a huge scale. This has meant that our publisher Mystical Life Publications has had to spend more than a year trying to stop hundreds of plagiarizers. That’s time they could have spent towards more constructive things and that in turn has meant a loss of new activities.

Here’s what Jenny and Priya from the Mystical Life Publications team have to say:

It’s wrong to continue simply being an anonymous and unwilling supplier of other people’s work and being left with an awful task of trying to chase up unscrupulous people, some of them who have been difficult and threatening to deal with. This can’t go on.

Plagiarism of my work has been going on for a long time and I believe that many aspects of my work are more widely known through plagiarism than they are by me.

My motivation in teaching is to let people know of the spiritual things I’ve discovered, so that they can freely have them too. And yet between the theft of my work and the abuse and harassment I’ve had to endure, I have effectively been silenced as a spiritual teacher. It’s a loss to me, but it’s also a loss to all those who could have benefited from this work and who won’t even have the opportunity to find it.

It takes a huge amount of work to do the spiritual practice to acquire spiritual experience, and so people who are talented authors, bloggers or public speakers, find it much easier to simply take the results of someone else’s spiritual work and re-present it in a more alluring way. 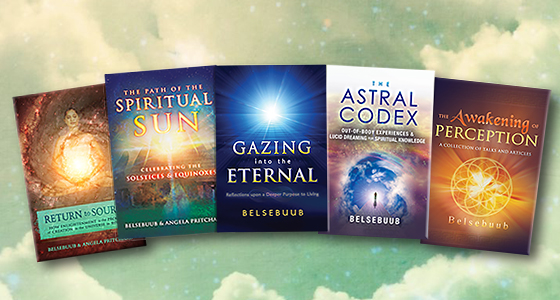 My work is not presented professionally; I’m neither a talented speaker nor a talented author – I just write from what I’ve experienced and I have turned down commercial offers to publish my work, as I want to keep my integrity and not sell myself as a product.

It’s not possible to function as a teacher in a society where people take my knowledge and present it in a far better way than I can, presenting it in a way the public can assimilate and enjoy and, in so doing, becoming popular. Of course they do this without attributing the original source so that they are seen as the source of the knowledge.

When spiritual teachers covertly use the spiritual practice of others as a source of  their “teachings”, society then has charlatans as its spiritual teachers, who are just ordinary people with charisma and a talent for writing or speaking.

I believe there is one ‘spiritual’ teacher today who has used my work for many years, who has never credited me and has made a fortune based on what I have given away for free.

A person who plagiarizes another cannot be interested in genuine spirituality, at least not in a sense that I understand it to be. What surely motivates them would be money, fame, pride, a lavish lifestyle, followers, the love of praise, and narcissism. They often encourage personality worship and I’m sure many would come to believe the praise which they attract. In the long run, they do themselves a lot of harm as they live a life of deceit, both towards others and towards themselves.

Some plagiarizers use different terminology to mask the differences from the original and strip out everything controversial, such as the more esoteric subjects, to make it look appealing. And so people who are interested in spiritual things will go to the plagiarizer and not get the full information to be able to do what they need to in order to bring true and lasting change and reach their own path to liberation.

Thus they take people who would be interested in a more substantial spiritual work and lead them to a dead end.

Some plagiarizers having stripped away the controversial esoteric content present what’s left in a captivating way, covering it in a misleading sugar coating to appeal to the masses of people, who, not knowing its source, will take it as true, and will believe that they are the source. This is even more compelling when they are supported by the media, not least because many have come to trust that what the media tells them is true.

Esoteric subjects generally get shunned in the mainstream and it would be relatively easy to plagiarize someone who is quite unknown. So some probably think it’s easier to plagiarize such a person without being caught than it would to do it to a famous author who has commercial backing. This is one of the problems you face when you try to give everything for free or at cost. 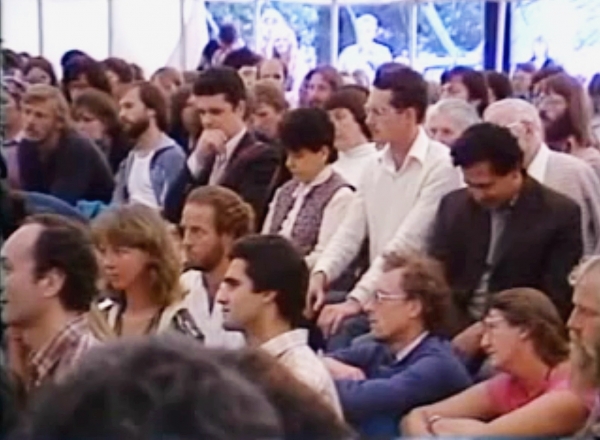 I have spent virtually a lifetime of study only for the results of it to be attributed to others and have devoted a life to spiritual practice and helping people only to be robbed by moneymakers and seekers of fame.

Just take a look at the picture on the right, – that’s me at the front of the audience as I was for all Krishnamurti’s talks in his school at Brockwood park in the UK between 1982 and 1983. And I created my first esoteric ceremony in 1971. As you can see, I’ve been practicing spirituality for a long time.

Those who charge money and are successful often have people and corporations around them who also make money out of the product and who want to support and promote it. When you don’t charge money, you rely upon people’s goodwill, and you are easily pushed aside and taken advantage of by those with power and influence.

When a plagiarizer is popular people usually find their work first and think the original is derived from it. And when people out of principle don’t pursue spirituality for commercial purposes and give away their work for free or at cost, people then assume that their work is of lesser value compared to a popular person who charges money and who has the backing of the media.

If a person takes someone else’s spiritual teachings and passes them off as their own, what is that person’s motivation for teaching spirituality? Why would they do it? And what would they gain from it?

To take a person’s work and to pass it off as your own is to take part of their identity and part of their place in society. It’s a form of theft and anyone with a conscience knows it’s wrong.

How has spirituality become a business worth billions of dollars?

To me, spirituality is about our relationship with divinity, and that’s how it’s been for most of the spiritual teachers of the distant past.

But today it’s a sickening distortion of its root values.

The conditions of plagiarism and profiteering exist because of the values of today’s Western society, where people value products, corporations, and the media. They want to feel good and spirituality has become about making them feel that.

All this is a result of the choices people have made; they desire celebrity and entertainment and look to the providers of it to direct them in their spiritual life.

Celebrities and entertainers, it seems, present spirituality best for the general public, conveying the message in ways that are supported by all the technology and know-how that corporations can buy. Their professional ways of packaging spirituality take money to produce and therefore money is charged for it.

It’s not only money driving plagiarism, it’s also the desire to be liked and known. To fulfill this authors, bloggers, and speakers repeat and reuse whatever they can find, to package it in an alluring way, to say what everyone wants to hear, to be accepted by a segment of society and in this way simple slogans become repeated as truths, but devoid of the harsher realities of existence and the actual process of spiritual awakening.

Society gets what it wants and in spirituality it has created illusions for itself.

Society has turned spirituality into product-making, entertainment and feel good words, the merchants have taken over the temple once again and have once more turned it into a den of thieves.