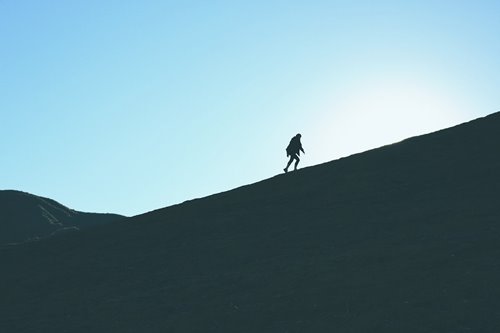 Photo by Sam Mgrdichian on Unsplash

Enlightenment means different things to different people; most of us have different versions of what it is and how it occurs. In some descriptions it happens in an instant, perhaps as a realization of something, or as a result of doing a certain practice, or by a divine intervention.

What the term means to me is the ancient and even timeless universal process of the return of consciousness to its source. Although there are different versions of enlightenment, that’s fine, it’s just worth recognizing that we don’t all necessarily mean the same thing when we say it.

It would be great if we could all be conscious of the present moment and connect with the universal source consciousness and hence become enlightened, realizing we are all one, all that is and will be, and there’s nothing more to do. The problem with this though is that there is no fundamental change to the nature of consciousness nor does in return to its source – in other words, nothing actually happens. It helps to understand something more about the nature of consciousness than thinking or theorizing about it can give, and that requires personal esoteric experience.

To give some examples: to know a little of source consciousness, you could leave your body and temporarily enter the illuminated void, or Samadhi, existing in the light that casts no shadows and merge into the oneness beyond thought; that’s a certain kind of OBE, which is very different to a NDE or astral projection. Or better still, you could go through the process of the return to source yourself and merge your consciousness with the cosmic Son, and merge it with the emanation of the source and have the permanent bliss of Samadhi in your consciousness always.

Consciousness is not fundamentally changed by any realization of the mind, or by being aware of the now as in neither of these does it reach enlightenment. Instead it continues to be trapped within the subconscious.